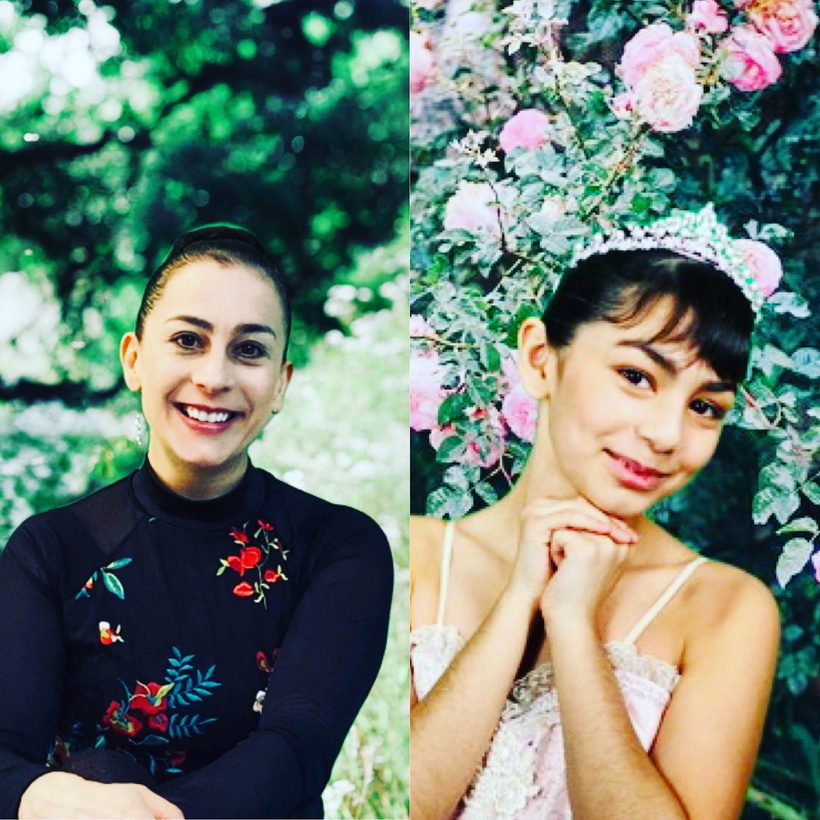 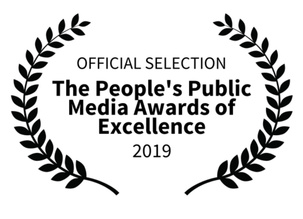 Dance Teacher of the Year 2008 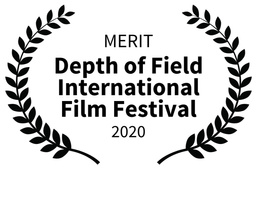 Neighbor of the Year Award

Elizabeth Flores, performed as a soloist with the Bolshoi Ballet Academy where she received training on full scholarship, as well as received classical training from the Royal Winnipeg Ballet. Accepted to train with the London Royal Ballet School. She studied Voice, Opera and Musical Theater with The Juilliard School and choreographed musical theater productions. She performed the Satanella Pas de deux with YAGP Co-Founder Gennadi Saveliev.

Ms. Flores, has staged numerous full-length ballets with professional symphony orchestras including: The Nutcracker, The Sleeping Beauty, Swan Lake, and Coppelia. Her original works include: The Helen Keller Ballet and Anna Pavlova Inspiration of The Dance, which premiered at Carnegie Hall and Someday, based on Alison McGhee’s #1 NY Times Bestseller, premiered in NYC. Ms. Flores has also choreographed for numerous events including Kleinfeld’s Bridal showcase. Former Head of Summer Dance at Ballet Academy East, Ballet Instructor at The Dalton School and was the Artistic Director of the Harkness Youth Ballet at the 92nd Street Y.

Ms. Flores was named Dance Teacher of the Year by Dance Teacher Magazine, awarded the Neighbor of the Year award in Battery Park by the New York City Council, was the recipient of the 1999 Eckerd Salute for Women, the Seventeen/Cover Girl Volunteer Award, and The Governor’s Certificate of Recognition for volunteerism and community service. Her studio, the New American Youth Ballet, was honored with a 10-year business award for community service in Downtown New York City. Combining her love for the arts and service, Ms. Flores was additionally recognized for her contributions to the arts by the New York State Senate.

Her original ballet composed by Elizabeth Flores and Dr. Alan Turry, Life of a Dancer recently arranged by Hollywood Music arranger Tim Simonec ( His credits include: UP!, Whiplash, Star Trek, Mission Impossible 3, Ratatouille )The ballet score was recorded in November, 2021 in Nashville with a 40 piece professional orchestra! She has written numerous original ballet learning songs for her students. My Ballerina and Me Album in collaboration with Dr. Alan Turry was recorded at Juilliard School of Music. Other professional collaborations include her ballet educational show: New American Youth Ballet Presents! She and her daughter Camilla host a weekly educational show on Manhattan Neighborhood Network. The senior press advisor from American Ballet Theatre, selected guest artists to share their stories on the show in addition to high achieving artists from companies all over the world. The program continues each week and has won various film awards. 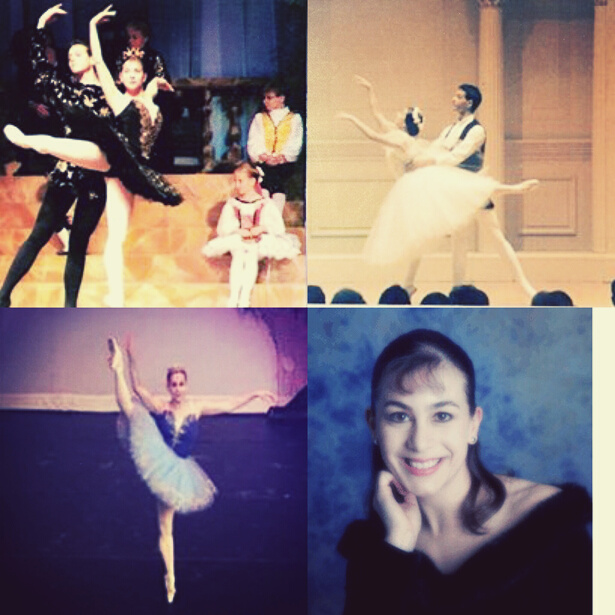 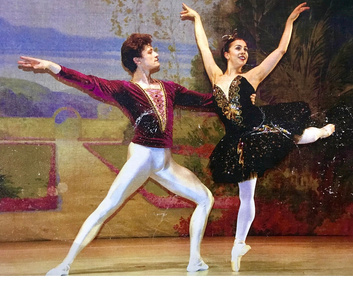 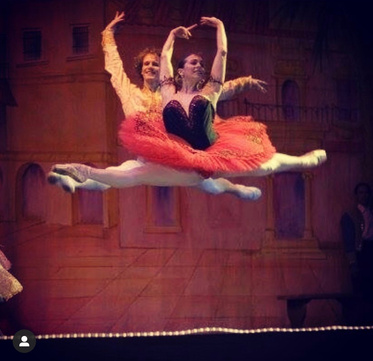 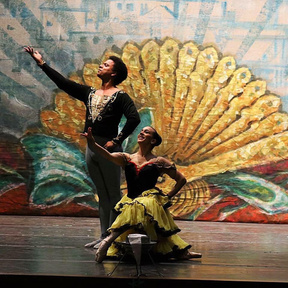 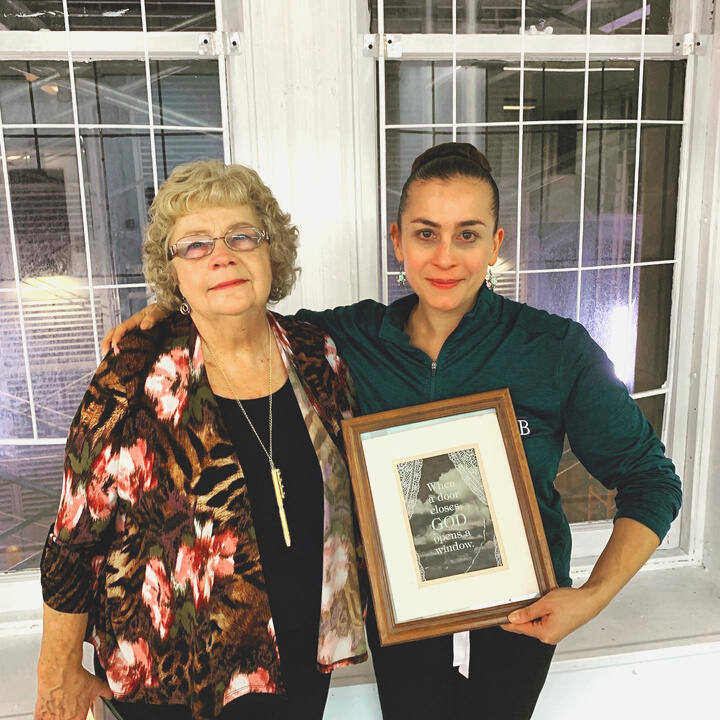 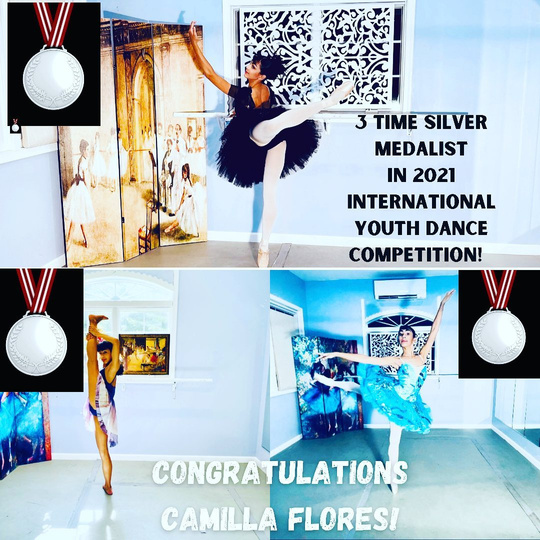 Mrs. Bonnie has produced and costumed professional full length productions since 1993. She engaged professional orchestras for several productions including: Carnegie Hall, Fordham University, Pace University, Anderson Center, Stuyvesant and the Forum Theater. She has been Elizabeth’s exclusive coach and was rewarded and recognized for her teaching when Elizabeth was granted the exclusive Bolshoi Scholarship over students from the most prestigious schools in the country. She continues to oversee NAYB’s school and produce all performances. She is a producer at Manhattan Neighborhood Network.

Camilla Flores has trained with NAYB since age 2. She has attended the Kirov Ballet summer program in Washington DC 2016, American Ballet Theatre Summer Program 2017, 2018. She studied on full scholarship with Marlupi Dance Academy, Indonesia. She was awarded 3 silver medals for the Hong Kong International Dance Competition 2021. She recently participated in the Winter Dance Festival with the Julliard School of Music 2022. Camilla interviews various international principal dancers and artists on New American Youth Ballet Presents! on Manhattan Neighborhood Network with Elizabeth Flores. Camilla is in 8th grade at Northwest Christian School.

She is grateful to assist in the classroom helping the students! 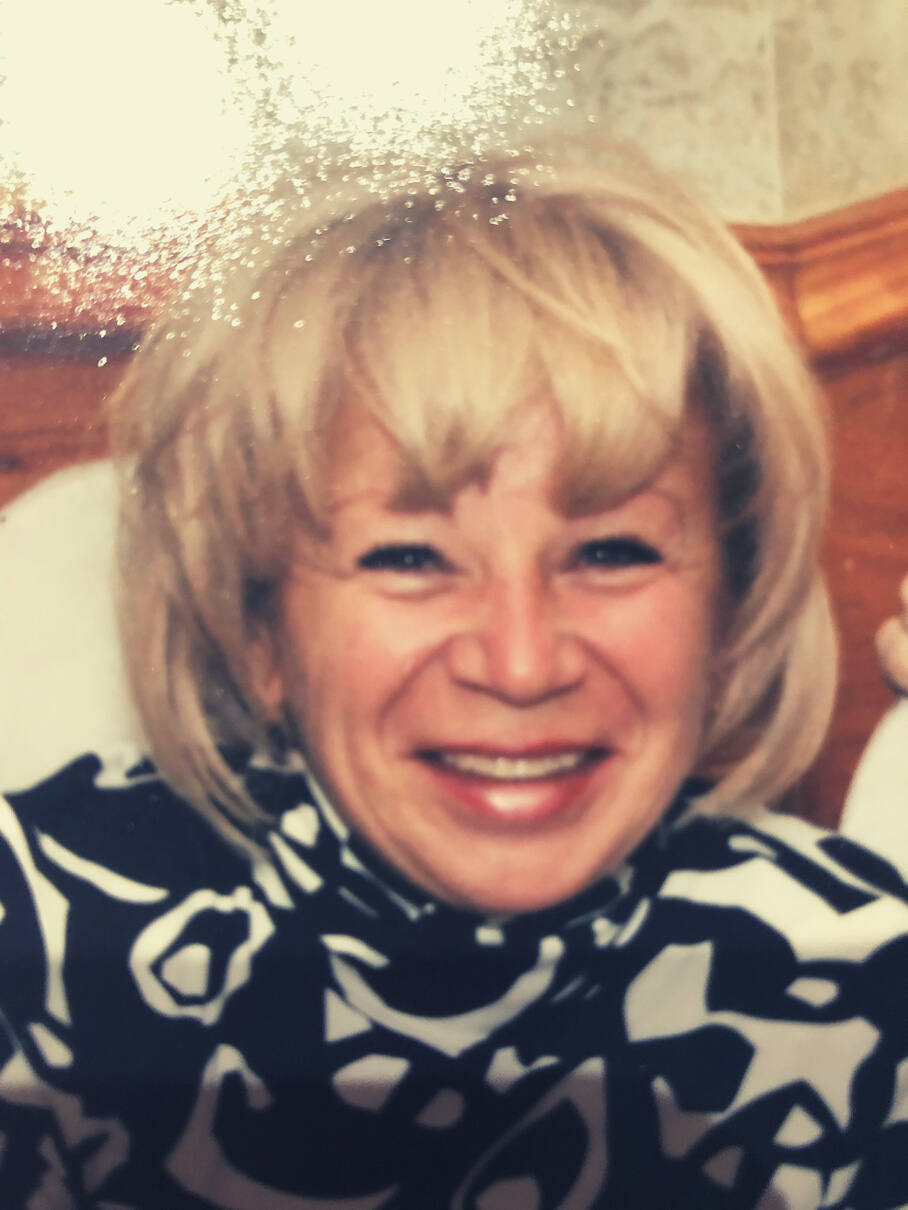 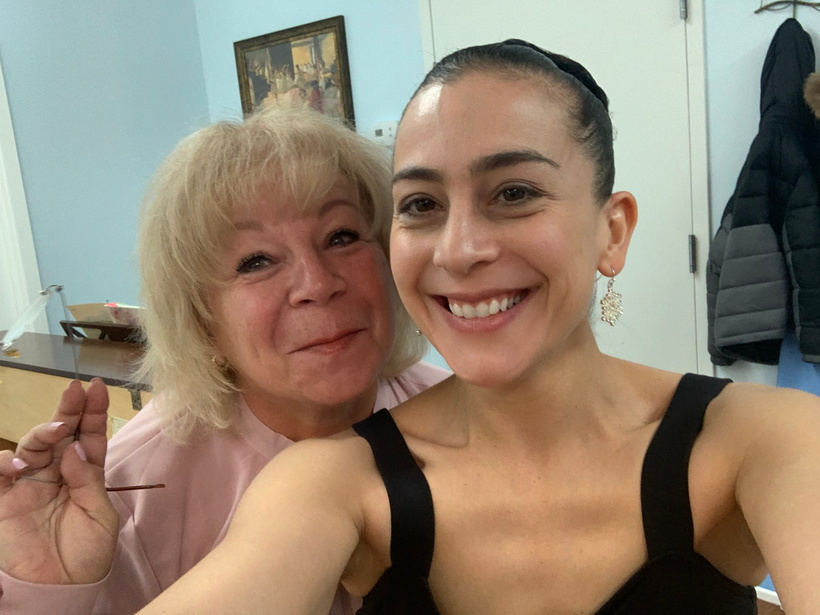 Irina Milko is a piano graduate of conservatory in Republic of Belarus.

She taught in city of Lida Belarus and worked for two years as a prepartory group for ensemble Moiseev in Russia.

She worked as pianist in Republican Palace Belarus.

Ms. Milko moved to New York in 1997 she began working as a ballet pianist and piano teacher for Brighton Ballet Theater. Soon after, she was selected to work as personal pianist for Gelsey Kirkland and GKA Academy of Classical Ballet for over 11 years.

She has worked with professional companies and schools for over 22 years and as a concert master: Joffery Ballet School, Alvin Ailey, Les Ballet Trockadero, Ellison Ballet and we are so honored to have her on our staff at New American Youth Ballet.

She has extensive experience teaching children piano and her students continue to win international Piano competitions.

Elizabeth and Irina continue to record many ballet class albums together. Each album is especially for New American Youth Ballet students to learn full length ballet music, or themes while taking class. This a rehearsal sample of our La Bayadere album together. 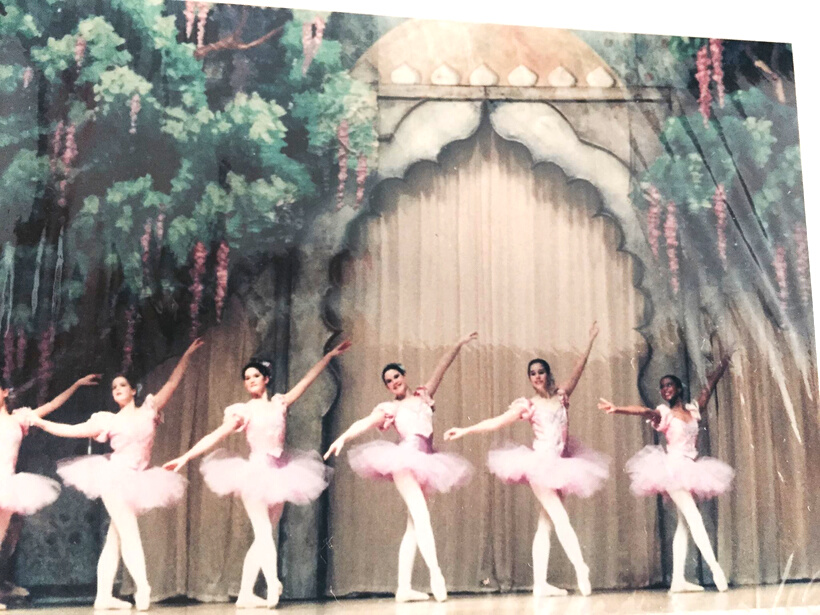 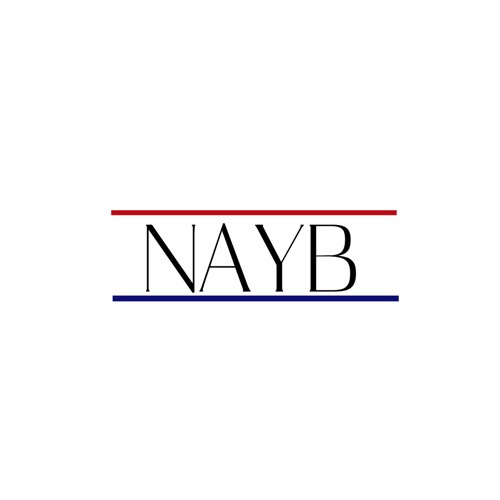 founded in 1993 by homeschool mother & daughter: Elizabeth and Bonnie Fernandez.

The school began offering ballet lessons and performance opportunities to all children by donation.

In the summer of 1997, Carousel Cities Youth Ballet held a special program in NYC housed at the International Dance Center in Carnegie Hall.

We renamed our non profit school: New American Youth Ballet for our new location in NYC.

The Mission of The New American Youth Ballet continues to evolve, as we seek innovative ways to share music and dance to children of all economic backgrounds. Currently, our award winning TV show; New American Youth Ballet Presents! is broadcasted weekly on Manhattan Neighborhood Network. The show highlights personal stories of achievement, courage and morality to inspire children to reach their full potential. This show reaches children of all different backgrounds and invites them to participate in our program. We are grateful to begin a new branch of NAYB in NJ. We continue our work in NYC and beyond with our online program. The pandemic allowed us to collaborate with some amazing schools and artists in nearly every continent!

When a Door Closes, God Opens a Window. 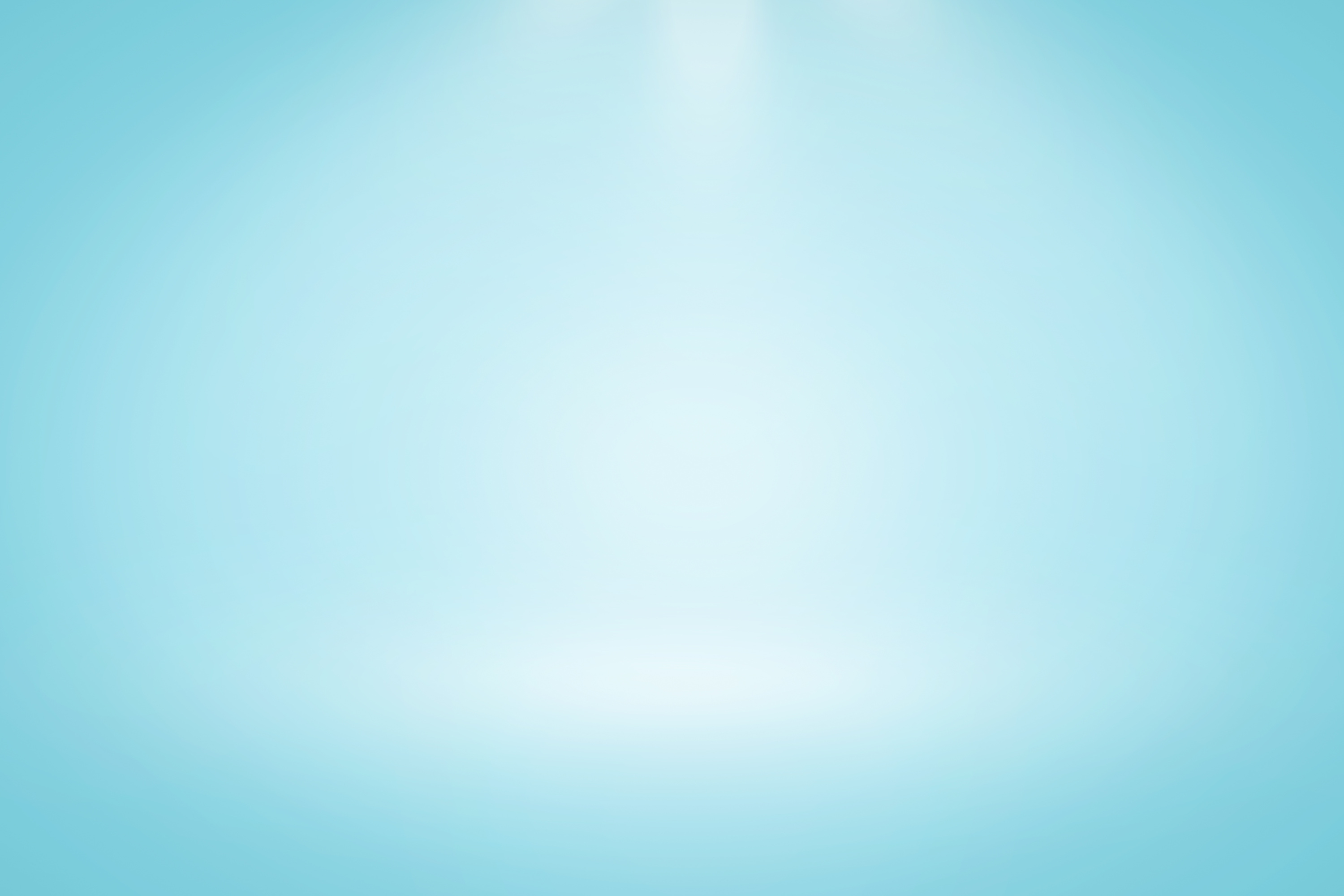 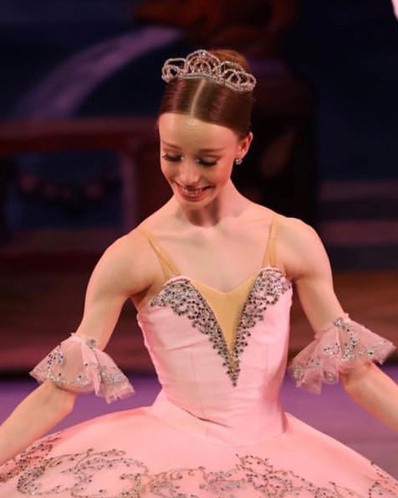 Guest Stars of our TV Show

Click on the picture to view our growing list of amazing guests featured on our educational TV Show: 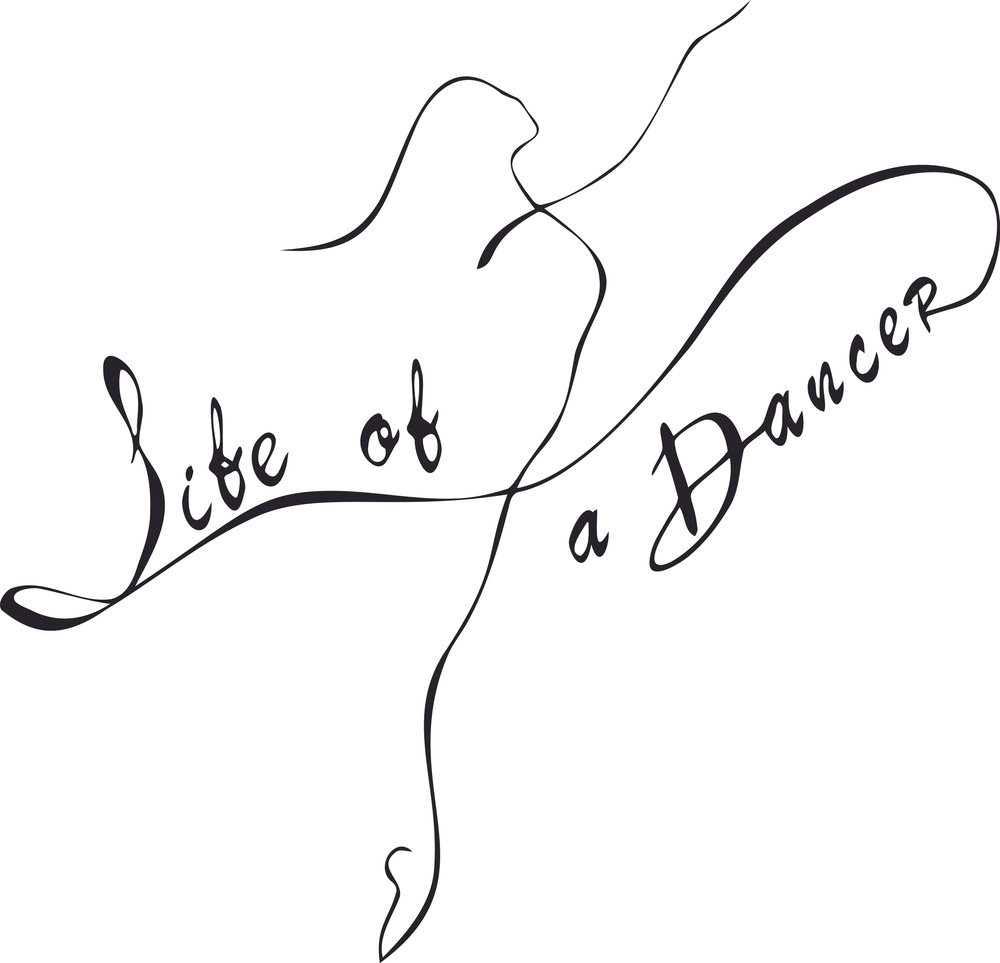 Life of a Dancer! 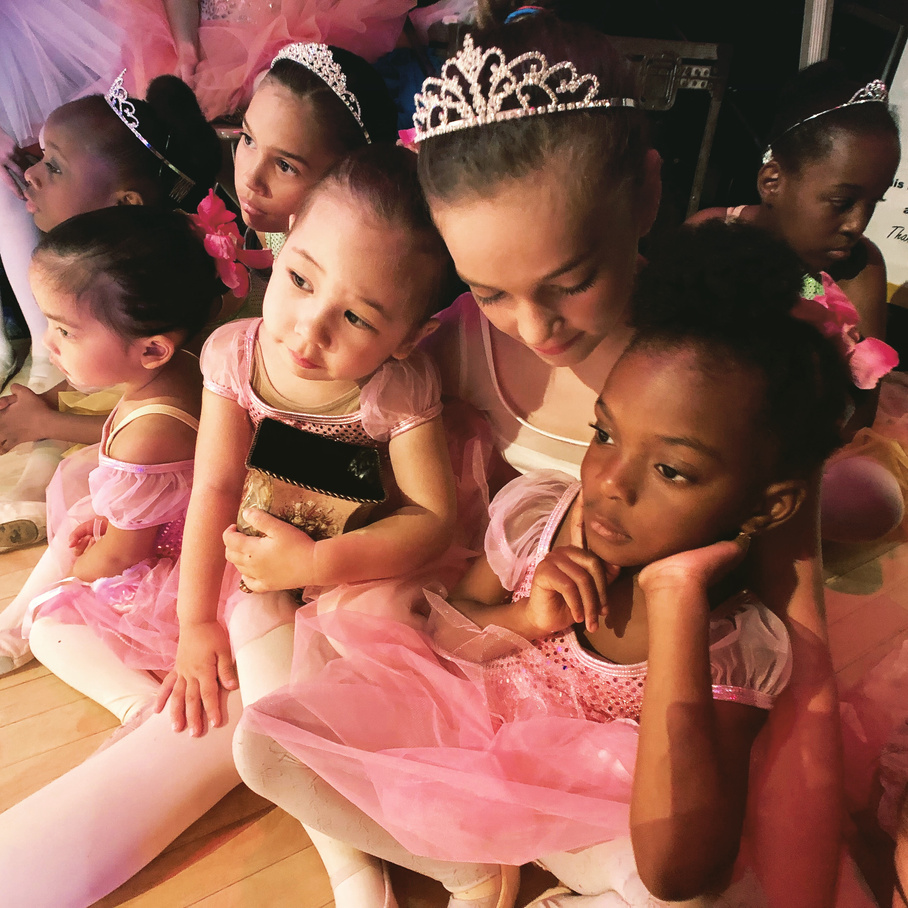 From ABT to the creator of the 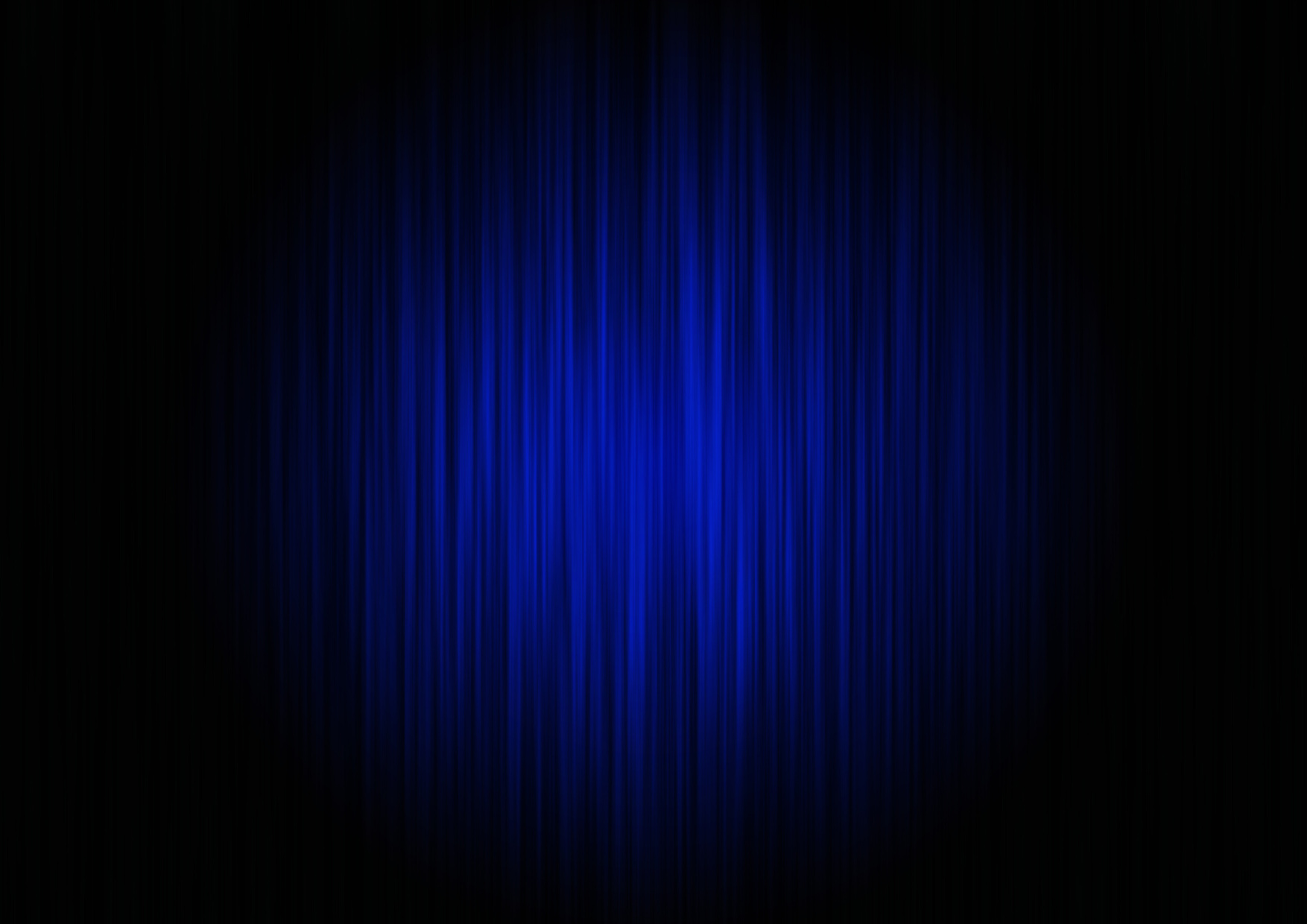 "Look at life all around; everything is growing, everything is moving forward. Therefore I recommend keeping in touch with life and with art."

Learn correct ballet technique right from the start! Ballet history, composers and ballet vocabulary are emphasized in every class. NAYB syllabus is award winning & gets to the heart of classical ballet - simply.

All of our students perform in ballet productions. They are fully staged and costumed without additional cost for participation. It is an exciting and important part of their education to dance in a ballet production!

Our students are often featured in our award winning TV Show

See it every Sunday on Manhattan Neighborhood Network Livestream 4pm @mnn.org on the Lifestyle Channel. Click here to Subscribe 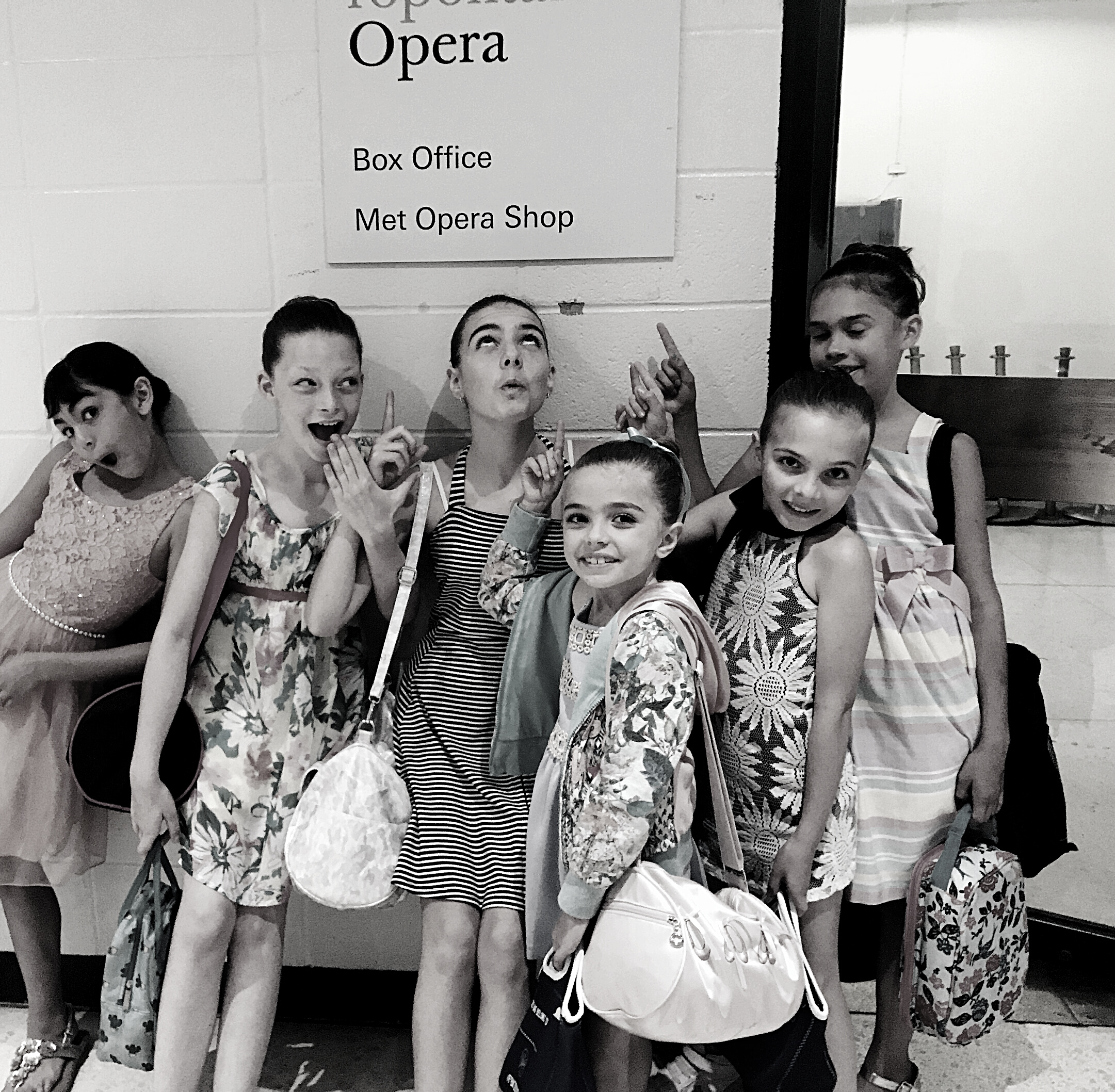 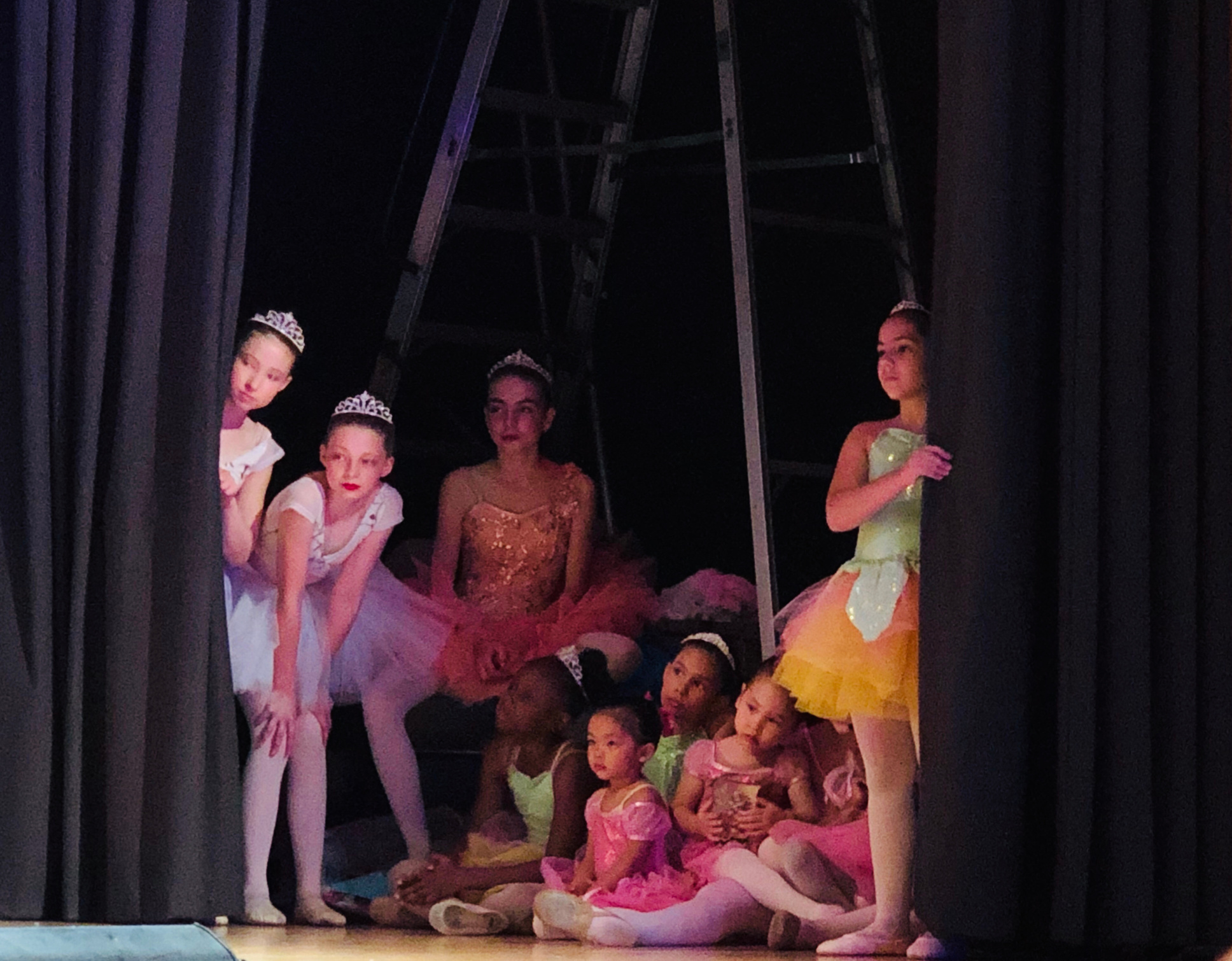